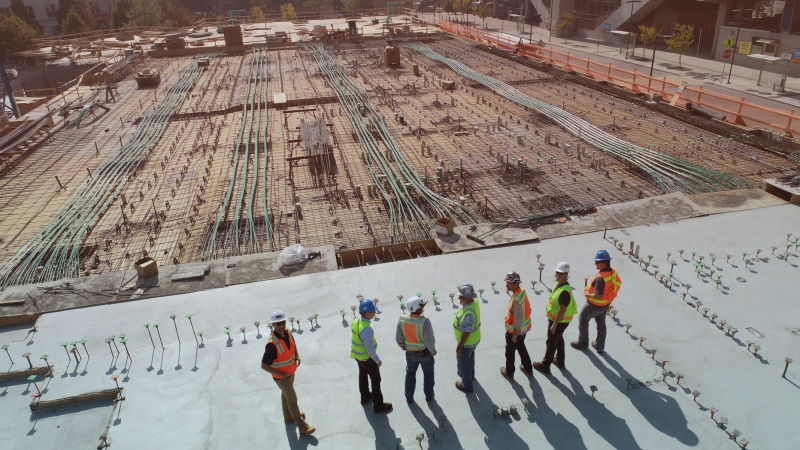 There’s no getting around it. The financial risks of doing work in the built environment are significant for everyone involved. Capital projects budgets are big, so the stakes are too. If you’re an owner, you’re often worried about expensive change orders and padded GMP budgets. If you’re a construction firm, you’ve almost definitely endured the burden of late payments by owners (while still having to pay your crew on time) and maybe even uninsured losses due to an owner’s overly narrow policy.

As a result of all this risk, owners and EPC firms use certain time honored strategies to minimize their exposure. The most popular ways are to hoard data and to use contracts as a risk-shifting vehicle. These strategies not only put a drag on productivity, they also set up an antagonistic dynamic between owners and contractors. Too often, the ones who have to absorb the negative effects of all this inefficiency and acrimony are onsite workers. They’re the ones who end up having to deal with inconsistent specs, questionable rework requests, and working through weekends.

It’s time for things to change. I’ve seen owners have a hugely positive impact on worker safety and I believe they can have the same positive effect on the culture of construction as well. A more collaborative, up-to-date approach can not only reduce the risks inherent to capital projects, it can also make everyone’s quality of life better and improve the industry as a whole. With quality crews in high demand right now, the incentive for doing so has never been stronger.

Use an integrated system of record, not a corporate one

When owners use a corporate system of record—that is, one to which only they have access—it means highly seasoned stakeholders can neither access nor impact vital information about the very structure they’re building. This lack of visibility into projects is one of the biggest challenges EPC firms face. Owners often want to keep their data behind a firewall in case of a claim, but this ends up being a losing proposition due to the cascade of misunderstandings, misaligned specs, and eventually—expensive change orders—that result from crews trying to do their jobs with one hand tied behind their backs.

Once, a big company with which I was working had just spent $20 million on a corporate system of record—a large, complex enterprise project management system. That system, of course, was capable of doing many things but what the company hadn’t anticipated is that each location in which they wanted to build had different crews, different fiscal requirements, and different regulations. So, whenever a local stakeholder would indicate to the company that something had to be changed, it meant a long, elaborate process had to be initiated in order to have that change reflected in the system.

When companies treat such a system as their crown jewels instead of a shared and evolving asset that all the key stakeholders are creating and maintaining together, that has a stagnating effect on the entire project. It’s the kind of gatekeeping that creates an imbalanced, antagonistic dynamic between owners and crews. Seasoned construction pros rightfully resent how long everything ends up taking (that can cost them other opportunities) as well as not being able to share their expertise in tangible, value-adding ways.

You can have the most sophisticated project management system in the world, but if you don’t let your AEC partners into it, you won’t get even half of the value from it that you could. To build a more collaborative, efficient construction industry, we need shared, highly integrated systems of record that stakeholders can manage together.

Use contracts to build trust and transparency

Perhaps nowhere more than in the construction industry are contracts used in such a risk-shifting way. Construction contracts, in fact, are often structured primarily as a risk shifting vehicle instead of a chance to create a win-win situation for everyone involved. It’s normal, of course, to use contracts to manage your risk, but when you use them to push it off entirely onto other parties, it sets a contentious tone before any digging even begins. On capital projects, the risks should be shared...just like the rewards.

Lately, there’s been a lot of buzz about how blockchain and smart contracts can create more transparency and trust between business partners and as with BIM, I think the hype is proving to be warranted. After all, this is one of the primary ways the manufacturing sector achieved big productivity gains in the last 10 years. We should be studying everything that sector has done and looking for ways to apply it to our field. And since of course, BIM is the catalyst that’s driving adoption of blockchain and smart contracts in the EPC space, we should be pushing for a model in which data and digital twins are at the center of everything we do.

With blockchain and smart contracts, a centralized tracking system is created before the onsite work starts. All the companies involved define the rules, deadlines, and penalties for the project. The smart contract then automatically enforces these obligations as the project progresses, which builds trust.

See the benefit? This approach distributes the risks more evenly across the parties involved as well as the timeline of the project. Doing things this way does move more work to the front end of a project because it essentially means that everyone has to build a detailed agreement together. Once the ground is broken, the benefits to on-time, on-budget delivery are dramatic. The potential for cultural and quality of life benefits are significant too. When it’s a collective effort and everyone can see what’s happening, there’s just more trust and shared sense of purpose.

Even if you don’t think you’re ready to implement these technologies, you can still make changes that will build a more collaborative construction industry. Could you maybe consider an Integrated Project Delivery (IPD) model in which you use a multi-party contract that lets all the various providers agree to a common set of terms?

If you’re not quite ready to introduce IPD at a project delivery level, there are still a number of ways to introduce it at a philosophical one. (This IPD guide from the Construction Owners Association of America is a great resource for that). The benefits will likely be greater trust and fewer change orders throughout. Not to mention, you’ll have a more detailed, coherent plan of attack right from the start.

Think of onsite workers as a data gathering team

Lately at Enstoa, we’ve been talking a lot about the need for owners to make data the lifeblood of their organizations. We call this taking a holistic approach to data, but essentially it just means that instead of a big enterprise technology platform being the gatekeeper for everything that happens between all your various systems—human resources, accounts payable, procurement—those systems can talk directly to one another. The benefit of this approach is radically fewer bottlenecks on capital projects. Instead of approval needing to happen for every little thing, the technology can instantly issue approvals for which people currently have to sit around and wait. Also, it puts your own information at the center of things instead of those big, expensive software platforms. The data becomes the focus. How it’s accessed becomes less important over time.

With this approach, many, many things on a construction project—from low-level procurement events to the grade of a hole someone just dug with a bulldozer—could be automatically approved without the need for coordination or control functions. The ERP model replicated the inefficiency of paper-based ones while a holistic one is a digitally native model, so the digitally native model just does things in a more seamless way. It gets information out of documents and makes it a kind of currency that can be used in meaningful transactions.

In other words, putting data at the center of your projects makes it possible to manage exceptions, versus needing to generate a flurry of bureaucratic activity for every little thing. When your onsite crew isn’t having to fill out a mass of paperwork for every item, they won’t have to work through weekends as often. Happier, more well rested crews who can do their work without having to wait around for approvals on every little thing would go a long way toward building a more collaborative construction industry.

Now, a lot of folks think this won’t work out in the field. I can assure you, it does. When you’re already working with companies that are taking this approach, it becomes clear that it’s primarily a lack of imagination and/or an unwillingness to invest in technology that’s preventing other organizations from making it real too.

Also, there’s just so much valuable data being thrown off by these projects every day and most of it isn’t being captured right now. Owners, in fact, should think of construction crews as an onsite data gathering team. Whether through automated processes like sensors or by manually entering information into a shared system of record, when workers can inform and impact the digital asset, they not only make it smarter and better, they gain a greater sense of ownership and pride in the work.

The net effect of all this will be that highly skilled professionals will want to work on your project because it’s the approach that’s most respectful of their expertise and their time. They’ll tell their friends that they should want to be on these projects too. I dream of a construction industry that deserves positive word of mouth. This is absolutely possible. After all, these projects are some of the biggest, most important ones in the world, so they’re the ones that should be setting a standard for project management, sophisticated collaboration, and best practices instead of lagging behind. We have a big gap to close and it’ll take enlightened owners to do it. They have the power to make it happen and I hope they’ll use it.

Interested in how to build a more collaborative and/or integrated model for your organization? Let’s talk. 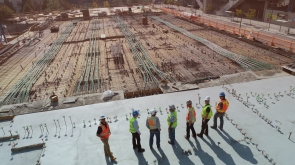