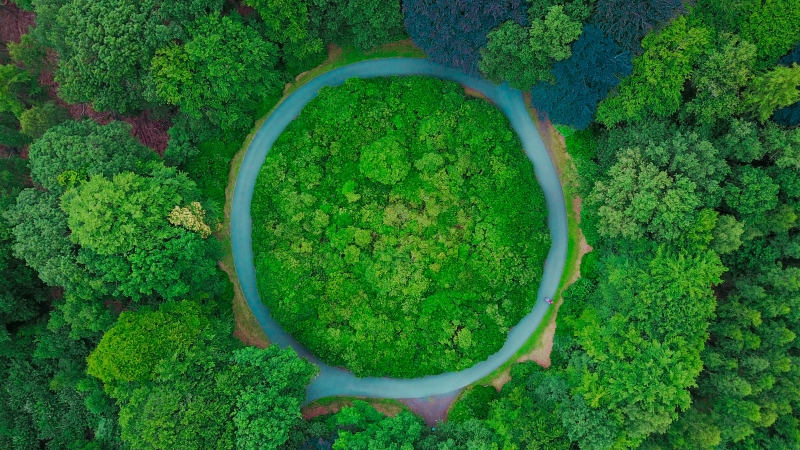 Why Holistic Data Is the Next Big Thing in Digital Transformation

When commercially available computers first came on the scene in the late 1970’s and early 80’s, most people thought of them merely as a way to enhance existing methods. Word processing saved time over typing. Spreadsheets saved long hours of punching numbers into a calculator. AutoCAD made it possible to do faster, more accurate design calculations.

Then came the 1990’s. The World Wide Web accelerated everything and the first era of real digital transformation began. This new phase wasn’t about incremental improvements on old ways. It was the beginning of a technology-first approach that made giant leaps of innovation possible.

Ecommerce was born. The first digitally native companies like Amazon arrived on the scene. The precursor to the smartphone—the PDA—became widely available as did the 2G mobile phone. Texting was introduced. Mobile continued to push everything forward.

Decades later, technology has become such a force that even legacy industries have put a fair amount of resources into using it to improve business operations. They know it’s about more than just creating digitized versions of offline assets, so at this point the majority of companies have worked to introduce at least some amount of automation into processes and workflows.

For many of these companies, this technology stack is like a timeline of the digital era itself—a mix of older and newer solutions, each one pressed into varying degrees of integration with one another. Typically, information now flows somewhat more readily across the company than it once did. Departments can transact with one another somewhat more easily. There’s somewhat more transparency.

If digital technology is such an all-encompassing force, though, why does digital transformation still sometimes feel like an uphill battle, even a quarter century after the first wave began?

The problem is that often, all these various systems merely mimic offline ones. They reproduced a lot of the same inefficiencies of paper-based systems.

In engineering and construction, for example, procurement professionals will still spend a lot of their time generating purchase orders for suppliers and vendors. They still have to follow up manually. They spend a lot of time troubleshooting invoicing and billing problems. Project controls folks are constantly chasing down status and other small bits of information. They have to spend their time tweaking cost reports and schedules and sweating even the most granular details for accuracy.

All of these activities happen in the digital world, but in emails or PDFs or spreadsheets. They typically rely on a series of control points that act as bottlenecks. There’s a gnawing sense things could still be much better.

A holistic data environment (HDE) completely disregards a document-driven way of thinking and makes things profoundly more efficient. We estimate that some of the companies embracing HDE, in fact, will be able to do the same number of projects with just ten percent of their current overhead—leaving them free to focus on the creative, analytic, and value-added side of their work.

An HDE places data and design at the center of everything. It also removes the control points that act as bottlenecks. Over the last few decades, a holistic approach has played a big role of how manufacturing sector achieved major productivity gains.

In the automotive sector, for instance, BMW is one of the companies that really led the way on bringing a more holistic approach to production technologies. Among other techniques, the company makes a digital twin of each of its various car models and that twin acts as the foundation of the company’s manufacturing process. In a holistic model, the twin contains all the data needed for the making of the item. It drives the manufacturing sequence. If a change is introduced within the 3D design, suppliers are automatically notified. The new parts automatically show up because BMW and their supply chain are all working off of a single source of the truth.

The construction industry should work the same way.

So instead of the way things currently operate between most AEC and EPC organizations and their supply chains with standalone repositories of data being transacted upon individually by big ERP hubs, a more holistic model means these data hubs could speak directly to one another. Instead of approval processes needing to happen for every little thing, the technology itself will validate most procurement events via smart contracts. Most requests could proceed without the need for manual approval. Requests or changes that fall outside the building’s specification would be automatically flagged for review by a manager.

It’s truly integrated planning and it’s not an incremental change. It’s a seismic one.

Benefits to the Built Environment

Aside from being able to do the same number of projects with just a fraction of the overhead, visibility is the other big promise of the holistic data environment.

Within the HDE model, everyone involved in each stage of an asset’s existence—design, construction, operations, maintenance—has infinitely more visibility into what’s happening. Suddenly they’re able to get a real-time sense of the project’s schedule and spend. Design changes become instantly available to all relevant players. Those design changes also automatically update timetables, budgets, and projections.

Data becomes the currency and lifeblood of the organization.

The need for reconciling, coordinating, and chasing down information is dramatically reduced. With the need for coordination and control functions so significantly lowered, organizations can focus on the parts of their work that add the most value—analysis, creativity, execution.

A holistic data environment also makes companies more adaptive and future proof. This is because HDE puts the organization's own data at the center instead of static documents or expensive software platforms. The data itself becomes more central. How that data is accessed becomes less important.

At Enstoa, we’re already starting to see just how much competitive edge this approach is bringing to new organizations that are starting with holistic data approach. When people talk about how construction and engineering can break free from its productivity plateau of the last 30 years, holistic data is one of the key ways.

Want to find out if a pilot test of a holistic data environment makes sense for your organization? Let’s talk. You can contact us here.