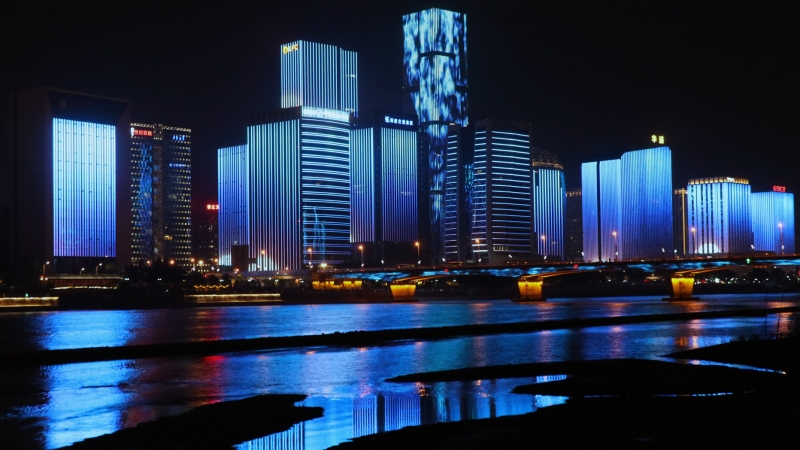 Recently officials in the UK warned that all buildings—particularly big, commercial buildings—need to become more energy-efficient if the country is to meet its target of net-zero carbon emissions by 2050.

Reducing carbon emissions is great, but lowering energy bills is something most owners can relate to even more—particularly during the summer months when costs tend to spike due to air conditioning. What are some leading edge ways to reduce commercial-scale energy spending?

Buildings and pavement in cities absorb a lot of heat, which raises the temperature of the entire area compared to rural and suburban surroundings. It’s a phenomenon called an urban heat island. This, of course, means building owners and developers have to spend an ever-increasing amount of money on air conditioning. In fact, with a warming climate and rising population, the International Energy Agency estimates the energy needed for cooling buildings will triple by 2050.

As BIM and more holistic models of managing buildings become increasingly common, though, we may soon see sophisticated ways of counteracting heat islands. Imagine sensor data being used to trigger various cooling events throughout urban areas—dynamic shading systems on buildings, water misting systems on streets, and wind towers that funnel cooler air down to the surface level. Masdar City in Abu Dhabi has been a pioneer in such methods. Even when the desert is 95 degrees, the temperature on the city’s streets is about 68.

So, although buildings make cities hotter, it turns out they can play a key role in cooling them as well. There’s a lot of upside for owners in making this happen. First, there would simply be far less heat to offset at times when electricity is most expensive, so they could save a lot of money on air conditioning expenses. An owner or group of owners could even conceivably get tax breaks and/or lower energy rates by agreeing to algorithmically stagger their use during peak grid demand periods.

The more we can use sensors and data to help buildings “talk” to one another as well as to key decision-makers, the more it will be possible to lower the temperature of entire cities at a time. To scale up your energy savings, in other words, scale your perspective too. Instead of thinking at a building-by-building level, take a more city-centric view.

Use BIM to its Fullest Potential

For the last ten years, the United Kingdom has led the way on BIM (building information modelling) adoption and is even now at a point where most of the country’s public projects require developers to use it. This push has helped owners and developers develop a much fuller sense of a building’s life cycle—from pre-construction all the way through the management stage—including all the costs associated with each.

The increased emphasis on using BIM has driven home that only 2 to 3 per cent of a building’s costs are in construction. The vast majority of an owner’s spent happens in the asset management and operations stage.

So as the energy efficiency of buildings becomes a greater priority for more cities and countries, we’re likely going to see BIM required on more projects around the world. We’re also going to start to see requirements that projects use BIM to its fullest potential. The creation of the 3D model is just the design, after all. The 4D and 5D realms of BIM are for time, scheduling, and cost data.

The sixth dimension of BIM (6D) is where the real energy efficiency magic happens and it’s where the leaders of countries and companies are likely soon going to be putting more emphasis. Using the 6th dimension of BIM can result in more accurate energy estimates earlier in the design process. Using it often reveals significant ways to reduce operational and energy costs. Plus, any onsite energy-generating systems being planned for the building—solar, fuel cells—can be sized appropriately to those needs, which means owners are less likely to overbuy.

Move Away from ERP-Centric Environments

As the construction industry moves slowly into a more mature stage of digital transformation, many owners and developers are realizing that merely making things digital has preserved a lot of inefficiencies inherent to paper-based ways of doing things.

The way construction projects usually work today is that standalone systems are transacted upon by big, sprawling ERP hubs. Integrating the various systems can be an expensive, complicated process. Things can end up feeling cobbled together. A multitude of approvals and other bottlenecks are typically built into this way of doing things.

Essential to lowering a building’s energy costs is moving toward a more holistic model. This approach makes data the center of everything and links it together. Instead of needing to secure approvals for every little thing, most standard operational activities can happen via a combination of BIM and smart contracts.

If a certain part in an HVAC unit starts to fail, for instance, the holistic data environment can immediately see that, order the necessary item to get performance back up to par and create a work order for its installation.

Compare that to the years that can go by when a building’s energy performance isn’t dynamically tracked and a flurry of paperwork has to be generated for every little procurement event. That’s a lot of energy inefficiency happening while human-dependent processes grind forward. And that means you’re potentially leaking money you could have kept.

Of course, when a procurement event falls outside certain budget parameters it can be automatically flagged for review, but in many cases, such things can move forward without the need for all the red tape. Another benefit of going holistic is that a lot of your overhead costs disappear because your organization needs far fewer project controls resources.